The Forest of the Finns

In Finland, forests belong to everyone: hikers, hunters, berry pickers and nature lovers. This exhibition takes visitors to the forest of folklore: a world of forest myths, stories and beliefs.

Lusto staff recommendations for the exhibition

”The memory tree tradition is fascinating and diverse. Traditionally, a memory tree was a coniferous tree from which the lower branches were pruned, and markings were carved on its trunk. It may have served as a boundary marker or to commemorate some significant event, such as a wedding, a funeral or a bounteous catch. A tree was sometimes also pruned to commemorate a dead person: some of the branches were pruned or the top was cut off a coniferous tree that grew along the funerary route. Later on, it became customary to carve the initials of the deceased, along with the year of birth and death and a cross, onto the tree. The pruned tree on display here at Lusto is possibly a tree that grew near a slash-and-burn area, and had the slash-and-burn years carved on it.” 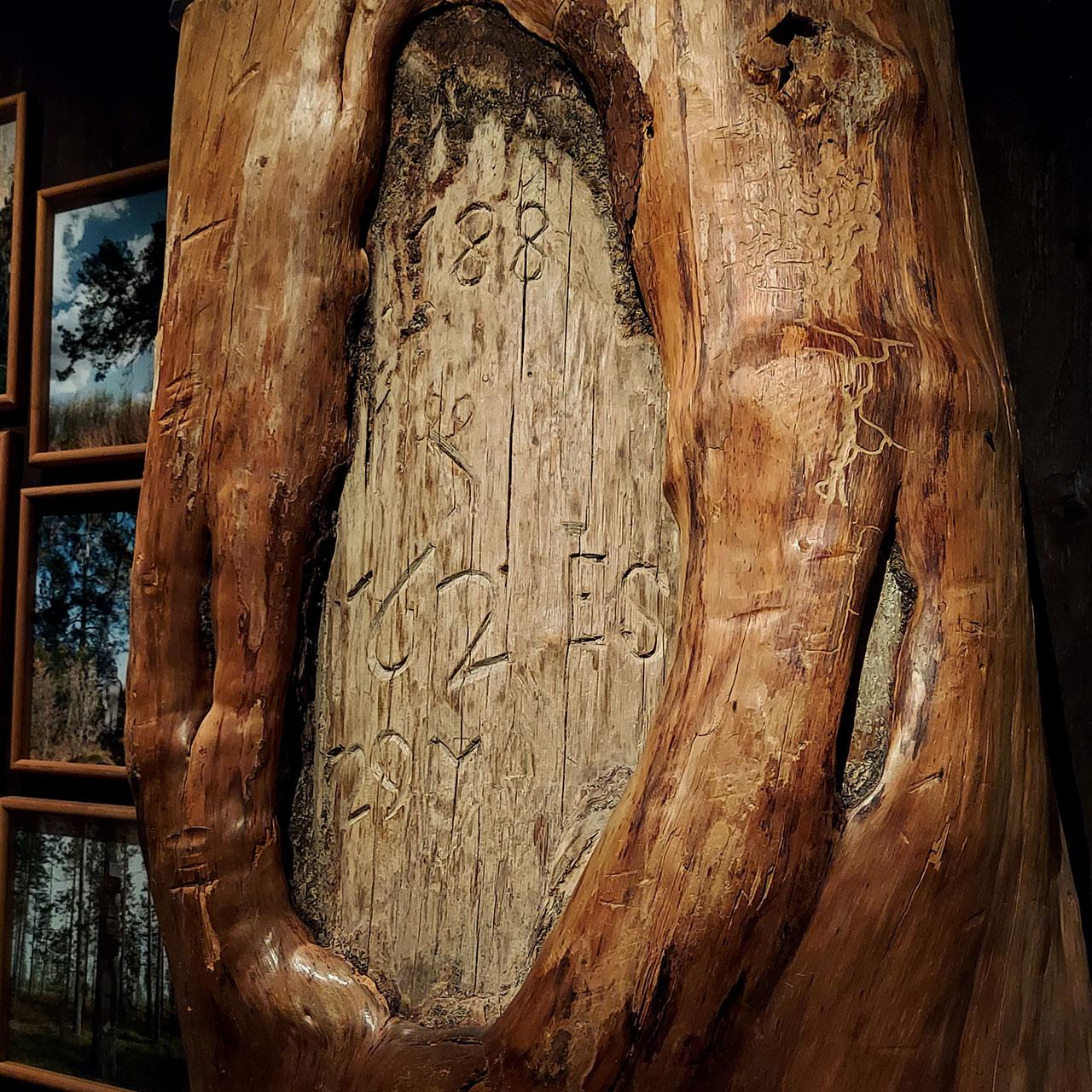