Home › Exhibitions and events › What’s on at Lusto › The king of the Finnish forest: Teddy Bear’s 120th anniversary

The king of the Finnish forest: Teddy Bear’s 120th anniversary 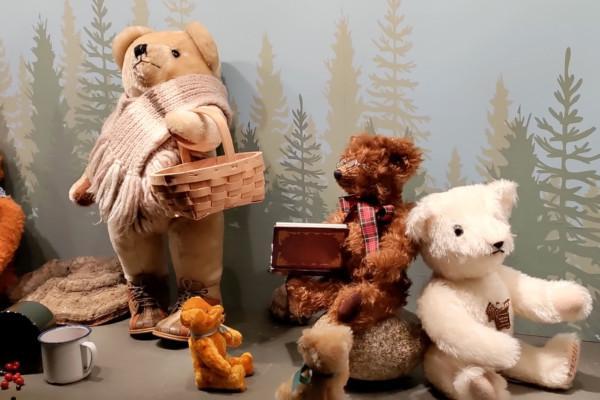 The year 1902 is a special year related to the birth of the teddy bear. A big and scary forest mammal turned into a soft toy simultaneously at both Steiff toy factory in Germany and in the United States. The teddy bear is named after U.S. President Theodore Roosevelt. He participated in a bear hunt in Mississippi but refused to shoot the animal captured for him. Based on cartoon drawing of the case depicted a teddy bear, the first “Teddy’s Bear” was created.

The teddy bears on display are borrowed from Riihisaari – the Savonlinna Museum. They are a part of a collection of 5,000 toys belonging to Käpy Tarus, of which there are more than 400 teddy bears.